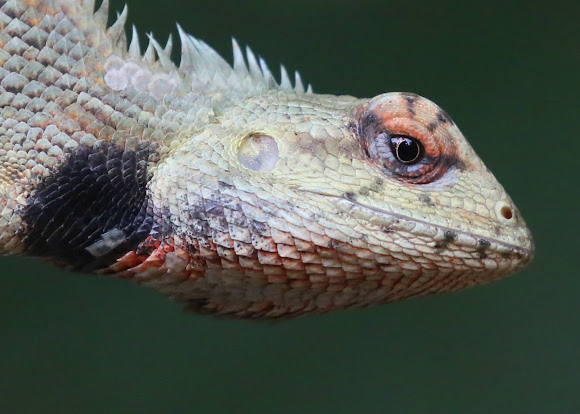 Smallish lizard with an STV length of 10cm and then over twice that again for the tail. Variable in colour as the name suggests of various browns and greens. Males develop a red head and neck and black throat patch during mating season and when fighting.

This guy spotted at the entrance to Sungei Buloh Wetland Reserve in Singapore. These lizards are found throughout SE Asia but were introduced to Singapore and have adapted well and are now common in most districts.

Related to the New World Iguana and with independent eye movement like the Old World Chameleon. It has done so well in Singapore that it has largely displaced the native Green-crested Lizard unfortunately.

This is such a beautiful lizard! Great job capturing its stunning colors:-)

Thank you Sharon. Most I have found scuttle away before I can get this close.

that is awesome - love it x