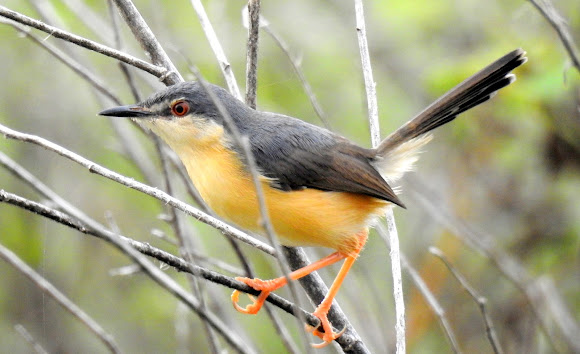 These 13–14 cm long warblers have short rounded wings and longish graduated cream tail tipped with black subterminal spots. The tail is usually held upright and the strong legs are used for clambering about and hopping on the ground. They have a short black bill. The crown is grey and the underparts are rufous in most plumages. In breeding plumage, adults of the northern population are ash grey above, with a black crown and cheek with no supercilium and rufescent wings. In non-breeding season, this population has a short and narrow white supercilium and the tail is longer. They are found singly or in pairs in shrubbery and will often visit the ground.