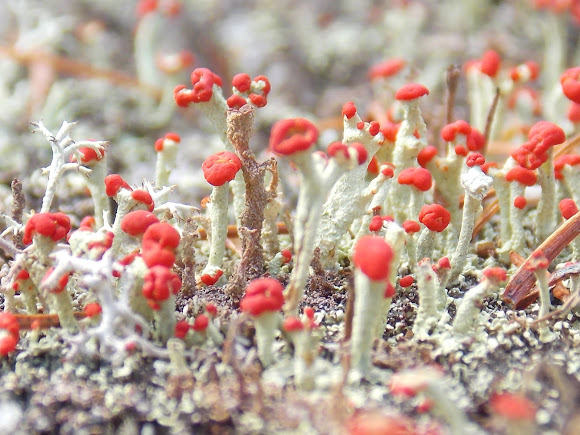 Cladonia cristatella, commonly known as the British soldier lichen, is a fruticose lichen belonging to the family Cladoniaceae. The species was first described scientifically by the American Botanist Edward Tuckerman in 1858.

Awesome cache Fyn,beautiful,i never spotted one of these :-) congrats and thanks for sharing

Great find. Ours are all dried up now that the temp is hitting the 80's.