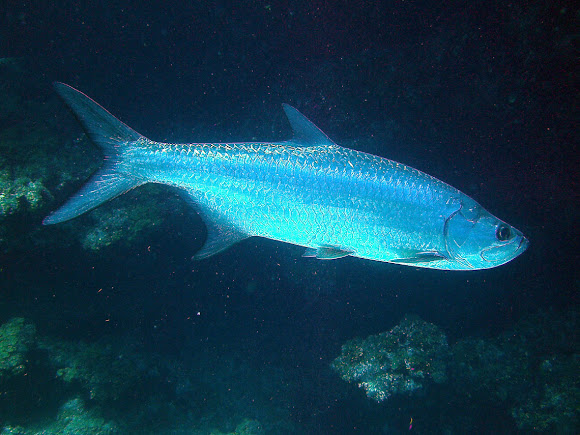 Both salty and fresh shallow waters (to 40 feet), typically around mangrove areas, estuaries, and swamps. Because of an air bladder that serves as a 'lung', it can exist in oxygen-poor waters (e.g. stagnant ponds). Near reefs it is usually found in schools or small groups. Found from North Carolina to Brazil, including all of the West Indies.

A small group was apparently resting or sleeping at the mouth of a coral cave at the dive sight known as Devil's Grotto. I was able to approach them quite closely. They behaved unconcerned.