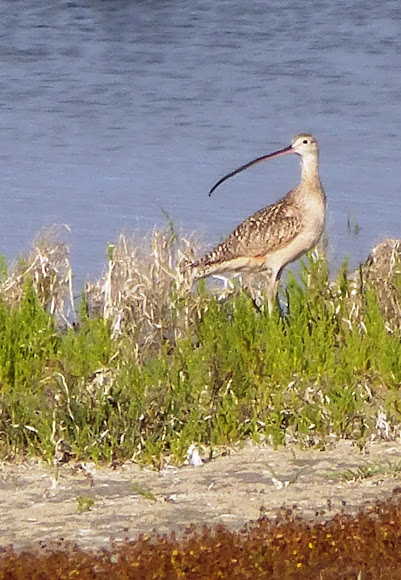 The long-billed curlew (Numenius americanus) is a large North American shorebird of the family Scolopacidae. This species was also called "sicklebird" and the "candlestick bird". The species is native to central and western North America. In the winter, the species migrates southwards, as well as towards the coastline.Candlestick Point in San Francisco was named after this indigenous bird, and subsequently Candlestick Park stadium inherited the name. Ironically, the species had dramatically declined in the San Francisco area by the early 20th century already, being "practically extinct" in San Mateo County in 1916.By the time the stadium was constructed in the 1950s, the last remnants of the flocks of "candlestick birds" – which formerly numbered in the thousands – were being shot by hunters until, at least temporarily, none were left.