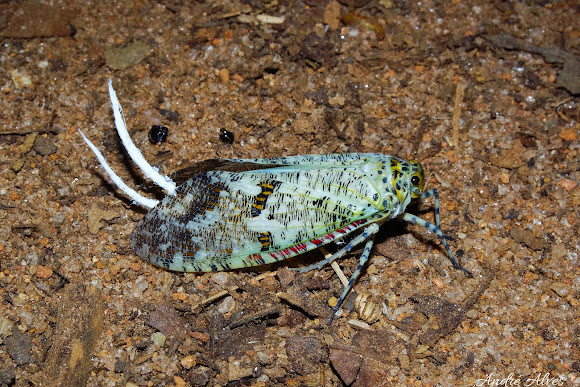 This insect belongs tothe family Fulgoridae, and oddly enough, those white projections from under him are not fungi. These projections are made of wax, and according to some scientists, help protect this animal because it has a very bad taste, causing predators think twice before devouring it. Others say it is a sweet substance that attract ants and these help in protecting the animal. And oddly enough, in Colombia these wax filaments are considered aphrodisiacs powerful.

Thisinsect inhabit in South America, and this of the photo was found in the Atlantic Forest, in Caparaó National Park, located on the border between Minas Gerais and Espírito Santo, states of Brazil. The elevation was approximately 1200 meters.