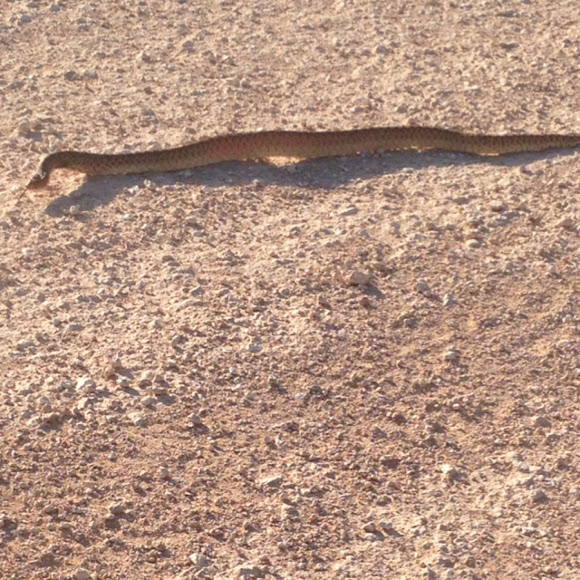 Adult bullsnakes average about 4 to 6 feet (1.2 to 1.8 m) in total length, and specimens of up to 8 feet 4 inches (2.5 m) have been recorded. Adult specimens can have an average weight in the range of 1–1.5 kg (2.2–3.3 lb), though the heavier known specimens can attain 3.6–4.5 kg (7.9–9.9 lb), larger specimens being quite bulky for a colubrid snake. This makes the bullsnake among the largest snakes native to Canada and the United States, although it is generally not as long as indigo snakes nor as heavy or as large in diameter as rattlesnakes. They are usually yellow, with brown, white, blackor sometimes reddish blotching. The blotching pattern is as follows: large blotches on top, three sets of spots on the sides, and bands of black on the tail. Many color variations have been found, including albinos and white varieties.