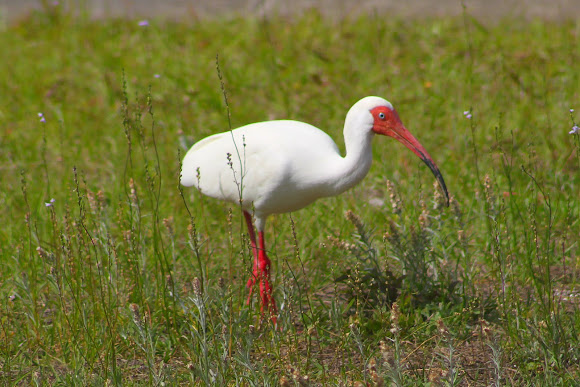 The American White Ibis is a species of bird in the ibis family Threskiornithidae. It is found from the mid-Atlantic and Gulf Coast of the United States south through most of the New World tropics.