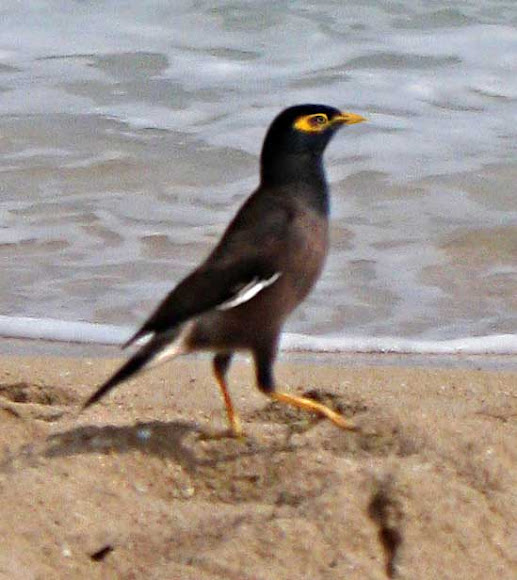 The common mynah on Kauai has a brown body, white-edged black wings, and a black head with yellow spectacles and bill. It's about the size of a starling, and territorial, tending to chase other birds off.

It has been in Kauai for around a hundred years, originally a native of Asia, and it is in the same family, Sturnidae, as starlings. Mynahs are considered a pest in many areas, having spread over much of the world. Originally they came from open woodlands, but being adaptable, they are even found in cities now.