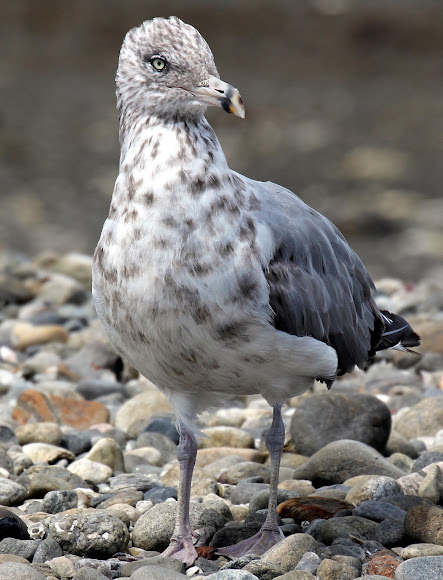 The Ring-billed is a medium-sized gull with a fairly short, slim bill. When the gull perches, its long, slender wings extend well past its square-tipped tail. This gull takes three years to reach its breeding plumage; its appearance changes with each fall molt.