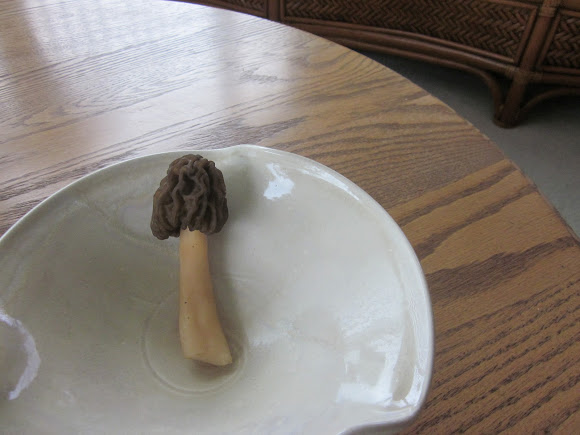 Similar to a morel but the cap is attached only at the top of the stipe. The stipe contains a white pith rather than being hollow. Edible when cooked, but does cause stomach upset in some people.

Mixed forest of Cottonwood, Maple, and Hemlock with an undergrowth of salmon berry, and bleeding heart.

For some reason I am unable to choose my mushroom mission now even though it shows up under my list of missions.

Cool spotting! This is exactly what I found last summer at Lightning Lakes.
I had no problem choosing the mission Mushroom Mapping for your spotting. I should come over and check your program for you sometime!:) Thanks for the great day yesterday.