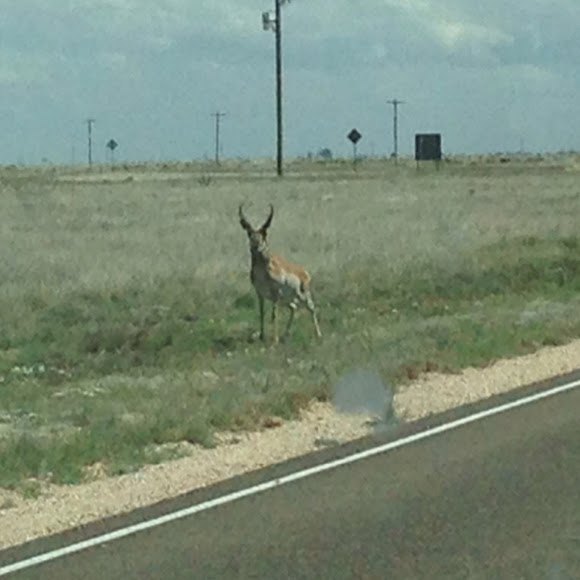 The pronghorn (Antilocapra americana) is a species of artiodactyl mammalindigenous to interior western and central North America. Though not an antelope, it is often known colloquially in North America as the prong buck, pronghorn antelope, or simply antelope because it closely resembles the true antelopes of the Old World and fills a similar ecological niche due to parallel evolution. It is the only surviving member of the family Antilocapridae. During the Pleistocene period, about 12 antilocaprid species existed in North America. Three other genera existed when humans entered North America (Capromeryx, Stockoceros and Tetrameryx), but are now extinct. As a member of the superfamily Giraffoidea, the pronghorn's closest living relatives are the giraffes and okapi. The Giraffoidea are in turn members of the infraorder Pecora, making pronghorns more distant relatives of the Cervidae (deer) and Bovidae (cattle, goats, sheep, and antelopes), among others.