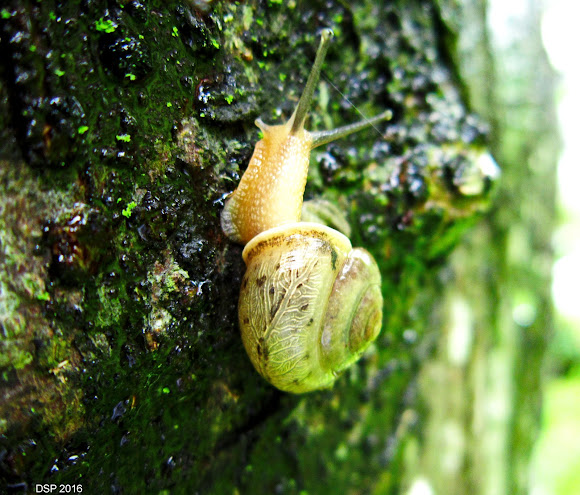 The shell of the Asian Tramp Snail is polymorphic, appearing in several different forms. There are two basic shell hues: a dark variety, (a purplish, bruise-like color which grows redder near the aperture); and a lighter variety, (golden-brown or translucent white), which is more common.

Often found in areas with tall grasses and high humidity. Typically this species is found in gardens, greenhouses, and similar habitats, sometimes retreating under logs or fallen branches.