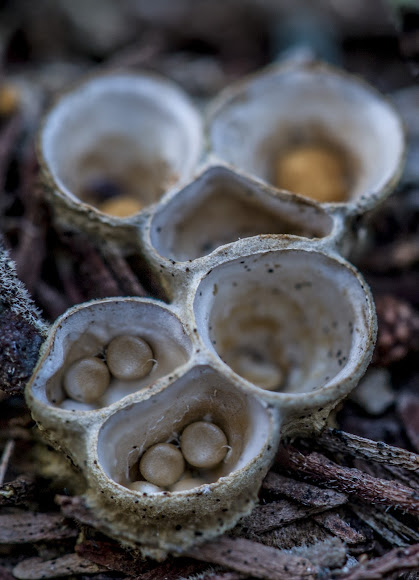 Little fungi that look's like tiny birds' nests. The fruiting bodies form little cup like nests which contain spore-filled eggs. The nests are called "peridia" ("peridium" in the singular), and serve as splash cups; when raindrops strike the nest, the eggs (called "periodoles") are projected into the air, where they latch onto twigs, branches, leaves, and so on. The wall of the peridiole disintegrates releasing the spores They then germinate and create mycelia, which eventually hook up with other mycelia and produce more fruiting bodies.

In an open grassy bushland , growing from the soil and surrounding wood debris above and under the soil.