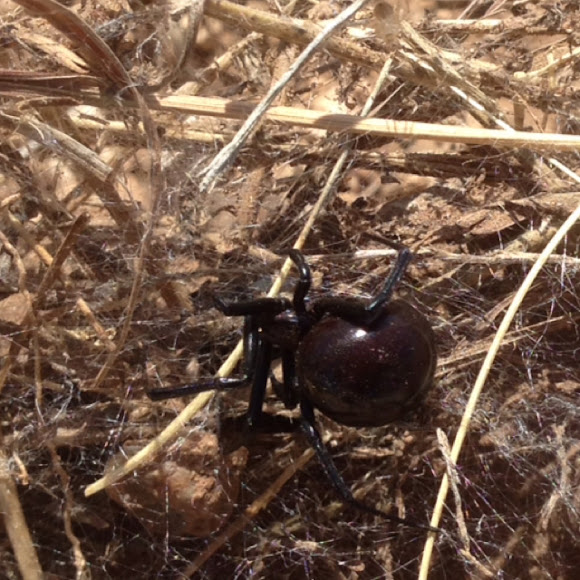 Latrodectus hesperus, the western black widow spider or western widow, is a venomous spider species found in western regions of North America. The female's body is 14–16 mm (1/2 in) in length and is black, often with an hourglass-shaped red mark on the lower abdomen. This "hourglass" mark can be yellow, and on rare occasions, white. The male of the species is around half this length and generally a tan color with lighter striping on the abdomen. The population was previously described as a subspecies of Latrodectus mactans and it is closely related to the northern species Latrodectus variolus. The species, as with others of the genus, build irregular or "messy" webs: Unlike the spiral webs or the tunnel-shaped webs of other spiders, the strands of a Latrodectusweb have no apparent organization.

This individual was found living in a pipe valve cover.