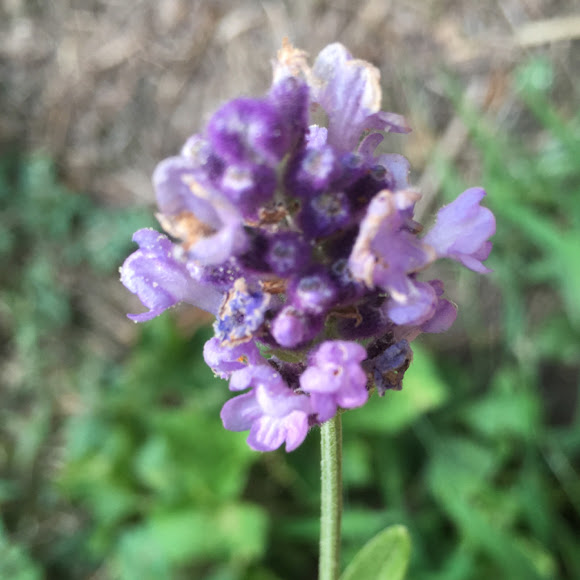 The genus includes annual or short-lived herbaceousperennial plants, and shrub-like perennials, subshrubs or small shrubs.[2] Leaf shape is diverse across the genus. They are simple in some commonly cultivated species; in others they are pinnately toothed, or pinnate, sometimes multiple pinnate and dissected. In most species the leaves are covered in fine hairs or indumentum, which normally contain the essential oils.[2] Flowers are borne in whorls, held on spikes rising above the foliage, the spikes being branched in some species. Some species produce coloured bracts at the apices. The flowers may be blue, violet or lilac in the wild species, occasionally blackish purple or yellowish. The calyx is tubular. The corolla is also tubular, usually with five lobes (the upper lip often cleft, and the lower lip has two clefts).[2][3]

It is native to the Old World and is found from Cape Verde and the Canary Islands, Europe across to northern and eastern Africa, the Mediterranean, southwest Asia to southeast India.

Commercially, the plant is grown mainly for the production of essential oil of lavender. This has antiseptic and anti-inflammatory properties. These extracts are also used as fragrances for bath products. A study published in 2010 investigated anxiolyticeffects and influence on sleep quality. Lavender oil with a high percentage of linalool and linalyl acetate, in the form of capsules, was generally well tolerated. It showed meaningful efficacy in alleviating anxiety and related sleep disturbances.[