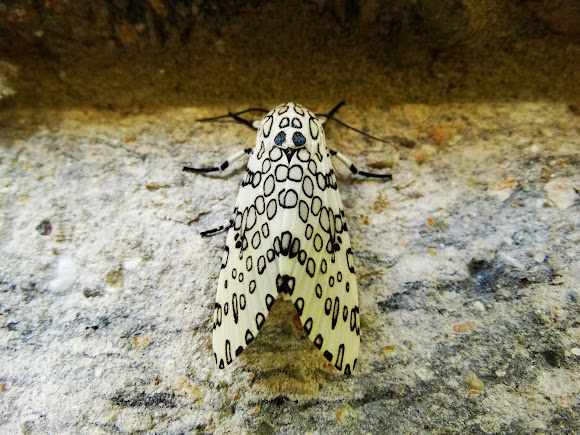 This moth is white in color with black rounded markings that are filled white with some looking a very light gray in color. It has two blue markings on its' head. It has blue coloring on its' abdomen, and its legs are marked white, black, and blue.

I found this moth resting on the back wall of my home. It stayed pretty much in the same place all day. I found it mid-afternoon. Once it became dark it began to flutter around my window ledge. There is a porch light near the window ledge. It was there for awhile, but was gone in the morning