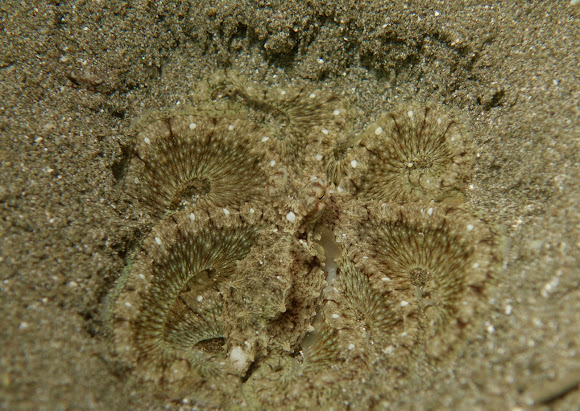 This one was a juvenile, body was around 3-4 cm but with long tentacle arms. They are highly camouflaged like all octopus and blends in with their surrounding easily. Pic#2 shows the same octopus on the move, and easier to see it clearly. Although this Octopus have been known and found rather commonly in certain places, it is still yet to be described officially.

Thanks, @MrsPbio for your kind comments.
We usually see them during night dives when they are out hunting, so, its easier to see them. Each time when they stop moving, then they will try to blend themselves with their surrounding as in Pic#1, which makes it difficult to see them clearly.

I think he should get an award for just SEEING the creature! It's so incredibly well camouflaged!