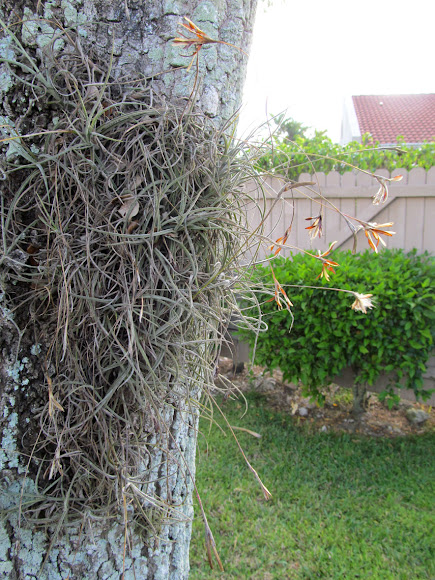 Hammocks, pinelands, suburbs, parks, where it grows on trees and bushes.

This air plant, like the similar Spanish Moss, is not a moss but a bromeliad (related to the pineapple). Unlike the hanging Spanish Moss this one forms rounded clumps near the trunk or branch. In pic 3 you see the close up of an open, empty seed pod. The seeds are wind dispersed on hairs resembling spider's silk (you may be able to see some of it tangled in the plant.) This Ball Moss is growing on a tree outside my home where I've also seen it on some of the hibiscus shrubs.