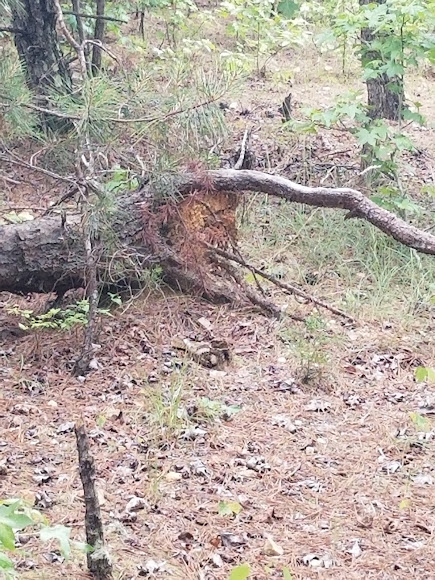 Located in a clearing surrounded by pine trees. The fallen tree provided cover from behind but it was sitting right out in the open.

I spotted this specimen twice in the same month. The first time I approached it, it abandoned it's eggs temporarily to try and scare me off. It flew from tree to tree in a circle around me. I backed away, and left her to rejoin her eggs. I went back to check on it from a distance a few weeks later and it was still in the same location, but allowed me to get much closer the second time. It did not retreat but held it's wings out which was presumably a warning not to come closer. It was thrilling to see such an elusive species up close for the first time in my life!