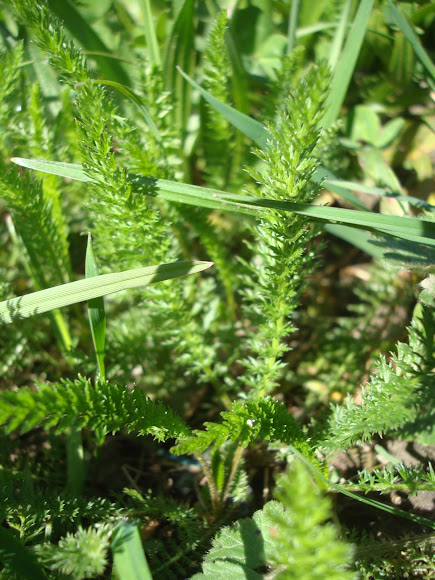 It has finely-cut, radical leaves, fern-like in appearance, and an erect stem 20–50 cm tall bearing a loose terminal inflorescence of small white flowers. The tiny flowers appear in dense clusters from late spring to mid summer. The crushed leaves and roots have a scent of oil of wintergreen (Methyl salicylate).

It is found in dry pastures across much of Europe and central and northern Asia. This plant prefers full sun to partial shade. It is more tolerant of dry conditions than most other members of its genus.

love it! especially the description! :)