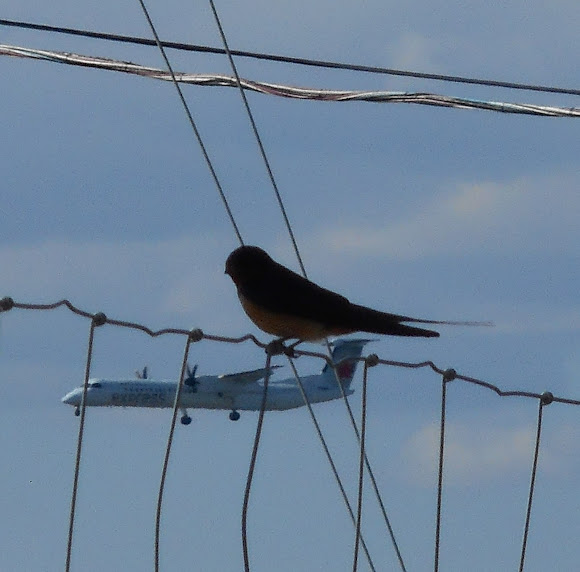 The female Barn Swallow has a slender body with long wings and tail. While lacking in the blue head that the male has, the female shares the common orange tinged feathers on the belly.

Meadows and grassy fields. Anywhere where tall grass can be found. The nests can be easily found ender eaves, inside sheds, bridges and other structures.

I have seen this bird in the hydro-field near my house often. It has a forked tail and orange belly feathers. The head is a lighter shade of grey than the body, while the body is a darker grey including the wings. When in flight, there is a notable inverted v shape in the tail feathers. (Thank you Ashley T. for the identification)

You misspelled under. It is under, not ender.

Thanks for the identification Ashley T :)