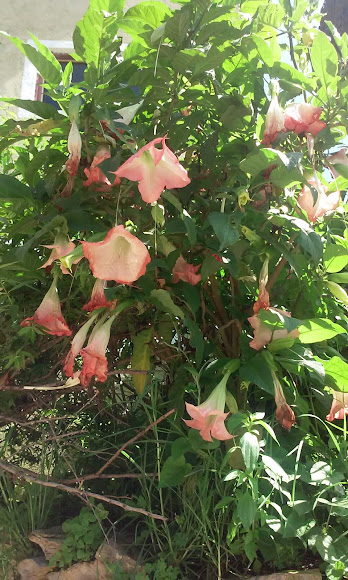 Brugmansia , commonly Trumpets Angel , is a genus of shrubby flowering plants of the Solanaceae family, native to the subtropical regions of Mexico , Central and South America , along the Andes from Colombia to northern Chile and even southeastern Brazil . They have described a sixty species , of which only a dozen , including hybrids , are aceptadas.1 * Note : The genus differs from Datura that is perennial, woody shrub , flower pendulous with cleft calyx persistent lagamente of bilocular ovary resulting in a fruit inerme indehiscente .