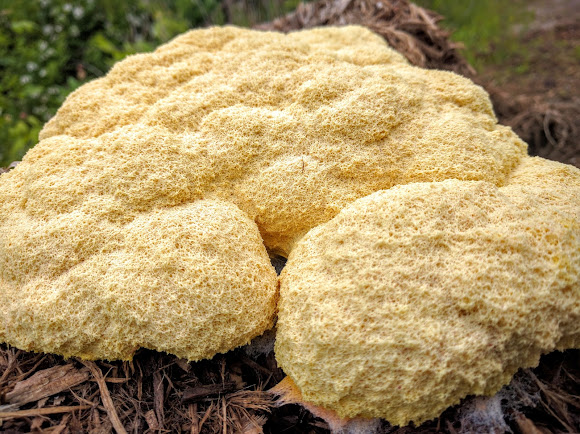 The plasmodium of this slime mold is initially a sponge-like bright yellow blob - said to resemble scrambled eggs or dog's vomit (its other common name). As the plasmodium undergoes fructification (spore production) the outer surface dulls and develops blotches which, at least to this observer, resemble Stilton cheese.

Slime molds spend most of their lives as single-celled organisms but amalgamate into multi-nucleated plasmodia during certain environmental conditions. Neither fungi nor bacteria, scientists still debate where this strange organism fits in modern taxonomy. They are completely harmless and non-toxic.