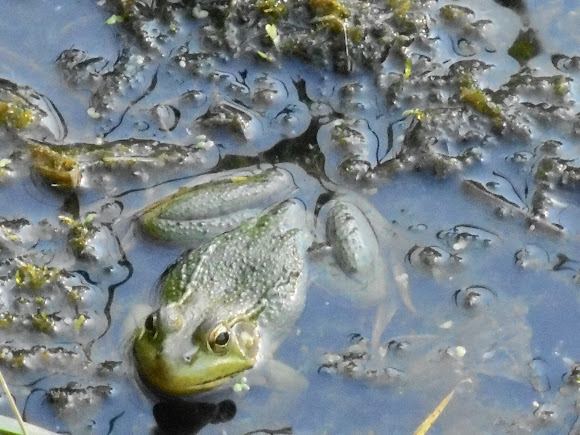 A common find in the area, the Green Frog has large "eardrums" on the side of it's head and two folds of skin (one over each side) which run down it's back.

A spotting from my younger sister who managed to find this guy hiding in the pond outside of the Conservatory. The colouring makes him very hard to se among all of the floating debris in the pond. Living with him are several other frogs and two very shy painted turtles who would not stay still for a photo