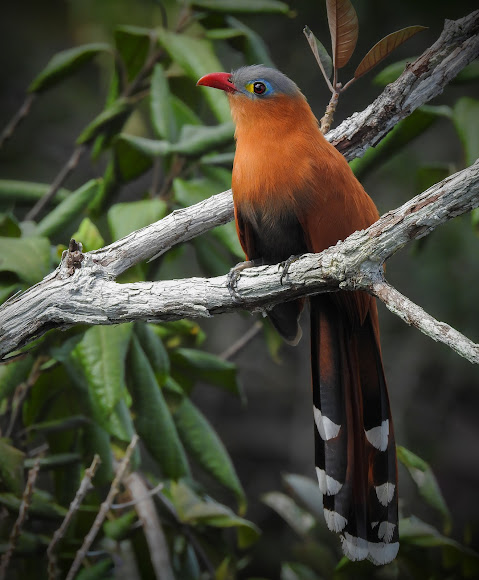 The black-bellied cuckoo (Piaya melanogaster) is a species of cuckoo in the Cuculidae family.

It is found in the Amazon rainforest and the Guianas. It is generally uncommon, but locally fairly common.

Unlike the superficially similar squirrel cuckoo, the black-bellied cuckoo has a black belly, a grey crown, blue and yellow eye-ring, and a red bill.