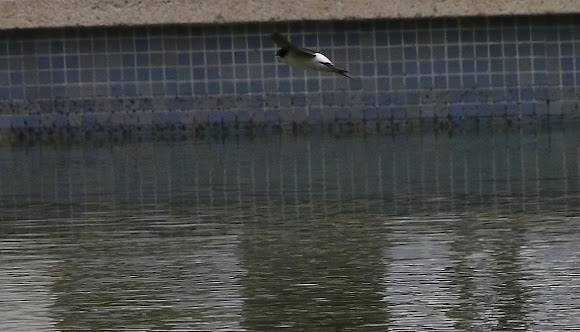 House Martins feed on insects caught in flight which is why this one was diving across this abandoned pool alongside some swallows and swifts. You can tell the difference by its white rump. Both the scientific and colloquial name of the bird are related to its use of man-made structures. It builds a closed cup nest from mud pellets under eaves or similar locations on buildings usually in colonies

seen in the Jalon valley at an old unused pool near to the edge of the river. there were several seen but went so fast they were very difficult to get a good photo of.