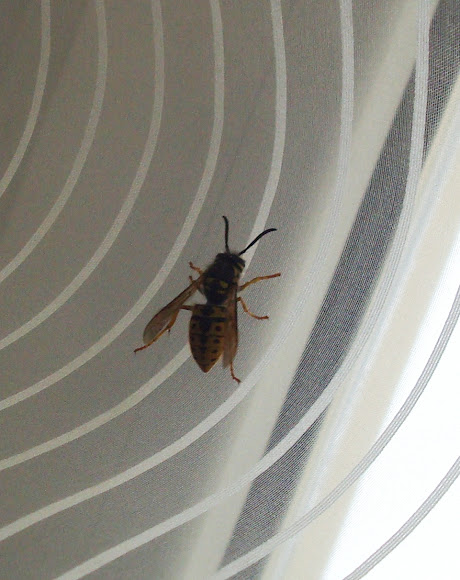 The common wasp is a eusocial vespid which builds its grey paper nest in or on a structure capable of supporting it. Underground, it often uses an abandoned mammal hole as a foundation for the site which is then enlarged by the workers. The foundress queen may also select a hollow tree, wall cavity or rock crevice for a nest site. It has aposematic colours of black and yellow.

It is found in much of Eurasia and has been introduced to Australia and New Zealand.

The common wasp will, like bees, aggressively defend its nest. But unlike bees, which die after stinging, the common wasp can sting multiple times. This makes its sting viable for personal defense when away from the colony, and the common wasp is therefore more prone to stinging. However, it will usually not sting without being provoked by sudden movement or other violent behavior.