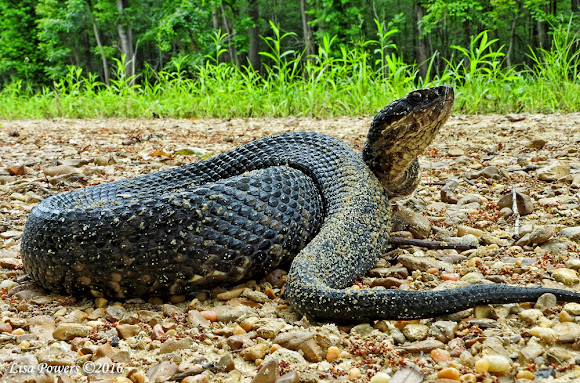 Open wetland in a floodplain in the Panther Creek Swamp WMA.

We spotted this one sitting and basking in a shallow wetland. The second photo shows it in situ. I noticed there was another snake approaching it and realized it was a non-venomous broad-banded watersnake that you can see resting across the tail of the cottonmouth. It began to move and the cottonmouth made a lunge for it and missed, see third photo! The first and fourth photos were posed after the snake was temporarily captured and examined, then released unharmed. The fifth photo was captured by my friend Jason and is of me working the snake with proper tools.