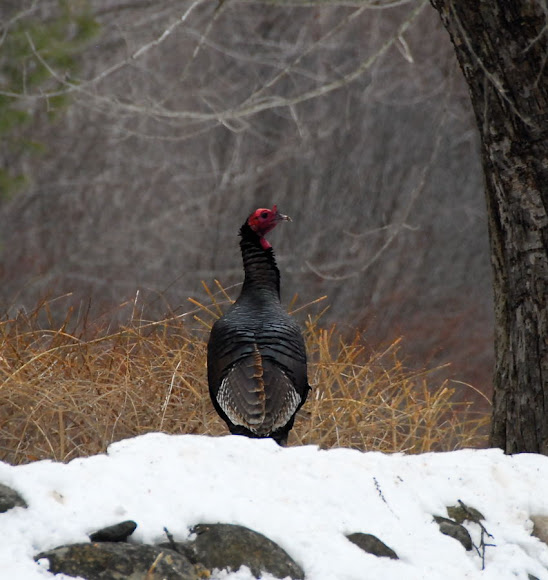 "Males are polygamous, mating with as many hens as they can. Male wild turkeys display for females by puffing out their feathers, spreading out their tails and dragging their wings. This behavior is most commonly referred to as strutting. Their heads and necks are colored brilliantly with red, blue and white. The color can change with the turkey's mood, with a solid white head and neck being the most excited. They use gobbling, drumming/booming and spitting as signs of social dominance, and to attract females. Courtship begins during the months of March and April, which is when turkeys are still flocked together in winter areas"