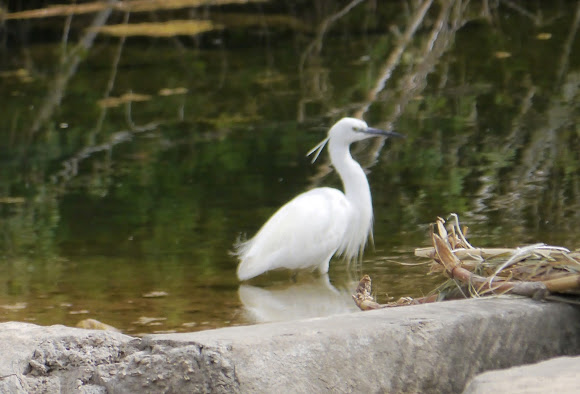 The Little Egret is a white heron with black legs and yellow feet. It has a black bill and long plumes on its head and neck during the breeding season. This one was seen looking for fish in a shallow freshwater pond. there were two egrets here but I can't confirm if the other was a female as it disappeared behind the reeds then took flight.

seen on a freshwater pond in the jalon valley, an dedicated ecopark area in Spain.