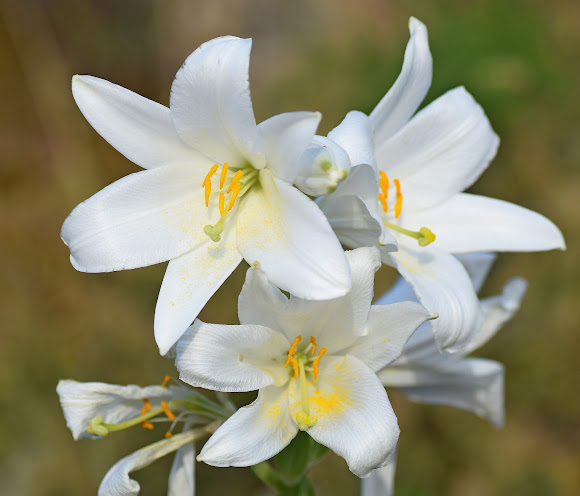 Plant in Liliaceae family with 5-6 large white, funnel-shaped flowers. Stem (up to 120 cm.) with numerous lanceolate leaves (last photo). Native to Greece, the western Balkans and the Middle East, and naturalized in many other parts of the world.

Rocky slope in Seih-Sou, the suburban forest of Thessaloniki (Greece).

Madonna lilies are depicted in a fresco at the Minoan palace of Knossos. They are a symbol of purity in Christian church but they are also used as a racist symbol in souther United States.