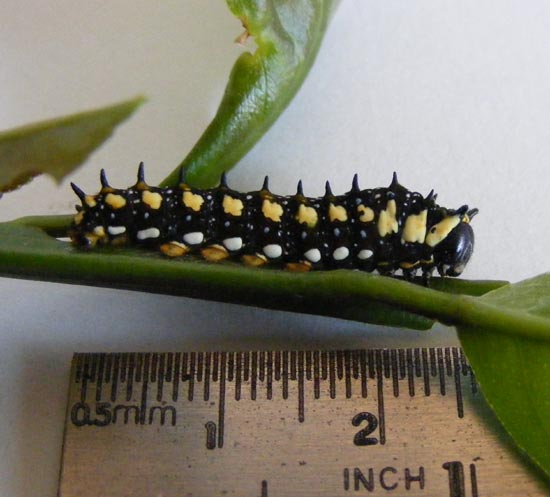 Photos taken over the space of a week. Raised it to crysalis stage but it did not emerge but turned brown. Appeared to be parasitized upon autopsy months later :( I named him Jareth after the Goblin King. :)