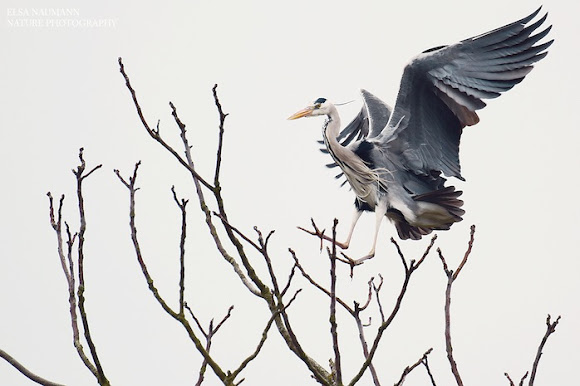 A large wading bird with mostly grey and cream-white plumage. The most distinctive feature (aside from the size) is the white head with the black supercilium.

Spotted landing in a fruit tree in a garden in Watlington, UK.

I am amazed how widespread this species is (from the European Arctic to Africa) - and its ability to adapt to such a wide array of habitats including densely populated cities.

Thank you very much Alice :))