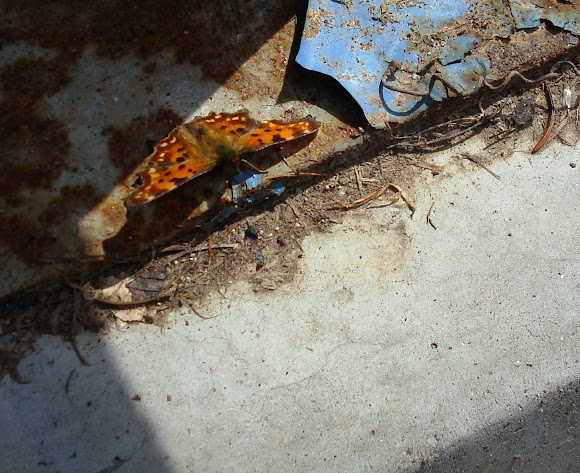 Its irregular wing edges are characteristic of the Polygonia genus, which is why they are commonly called anglewings. It is has a wingspan of about 45 mm . The underside of the wings of this butterfly are a dull brown colour, with a small white 'C' shaped marking resembling a comma (hence the common name). The wings have a distinctive ragged edge, apparently a cryptic form as the butterfly resembles a fallen leaf. These butterflies hibernate, so they could be seen all around the year, but the active flying period extends from April to November, depending on location

It is found in northern Africa and across Europe from Portugal through Asia as far as Japan.