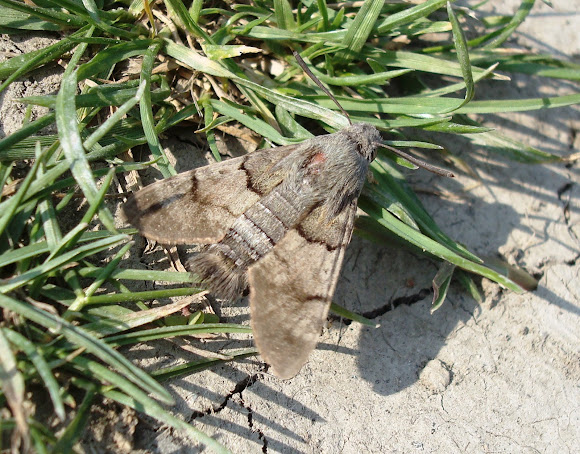 The forewings are brown, with black wavy lines across them, and the hindwings are orange with a black edge. The abdomen is quite broad, with a fan-tail of setae at the end. The wingspan is 40 – 45 mm.

The Hummingbird Hawk-moth is distributed throughout the northern Old World from Portugal to Japan, but is resident only in warmer climates (southern Europe, North Africa, and points east). It is a strong flier, dispersing widely and can be found virtually anywhere in the hemisphere in the summer. However it rarely survives the winter in northern latitudes (e.g. north of the Alps in Europe, north of the Caucasus in Russia). These moths can be easily seen in gardens, parks, meadows (as this one), bushes and woodland edge.

Hummingbird Hawk-moth is highly active even when temperatures are high, and thoracic temperatures above 45 °C have been measured. This is among the highest recorded for hawk-moths, and near the limit for insect muscle activity