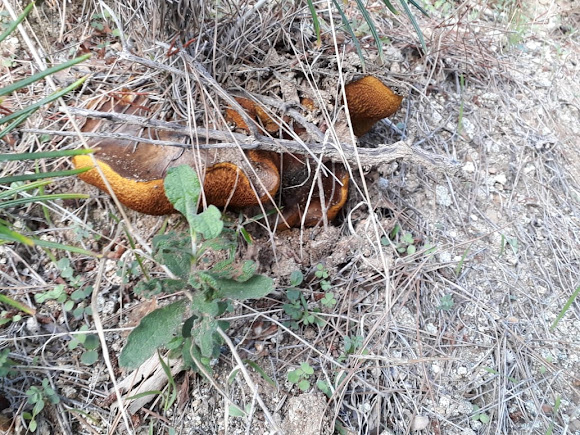 Suillus collinitus is a pored mushroom of the genus Suillus in the family Suillaceae. It is an edible mushroom found in European pine forests. Suillus collinitus is the most frequent fungus associating with Aleppo pine – a hardy tree utilised for reforestation schemes and soil conservation against erosion in the Mediterranean region. It is one of the only two suillus species found in Cyprus. It was spotted in Olympus mountains, in a pine-dominated area.