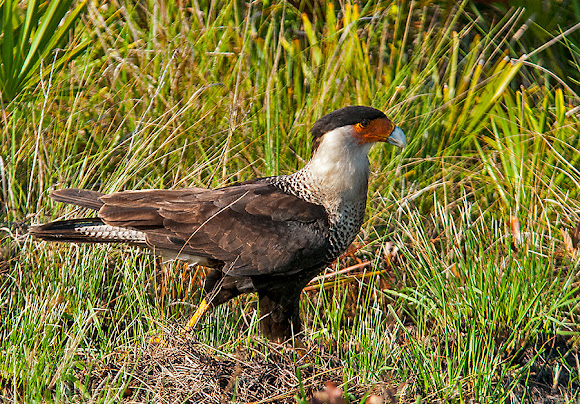 Found in the open country. Found in Cuba, South America, Central America and Mexico. In the US it is found mostly in central Florida and regions of Arizona and Texas. It prefers open prairies, meadows, grasslands and cattle ranches. This bird was perched on a pole near the shell road in Kissimmee Prairie Preserve, but jumped to the ground when a car passed by.

Feeds mainly on carrion and is often seen with Vultures, but they do catch live prey.