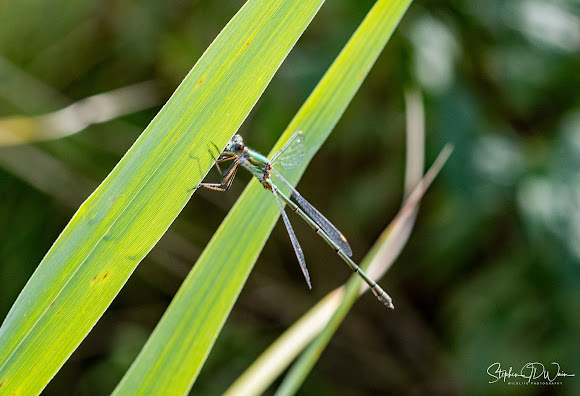 This has a metallic green body and at rest it holds its wings away from its body which suggested to me that it was a Dragonfly, however it's common name is the Willow Emerald Damselfly.

Spotted at Wicken Fen Nature Reserve, along side the Wicken Lode

The ID has been confirmed by the British Dragonfly Society (BDS)