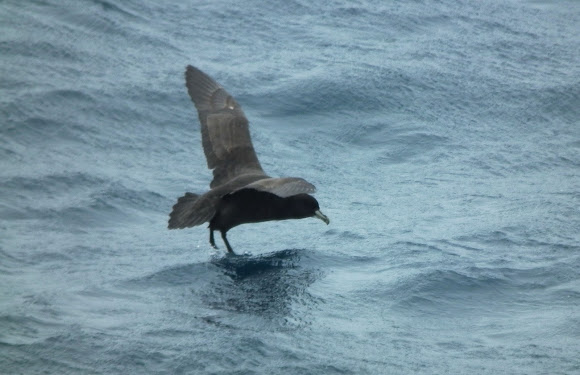 A large, sooty black petrel, with greyish details on the top of the wings. The beak is the key identifying feature, a whitish yellow colour with black detailing. Despite the name, the Atlantic population very rarely has any noticeable white feathers on the chin (Indian Ocean population has very a distinct white patch). Very sleek and streamlined in appearance. CITES lists them as Vulnerable.

During non-breeding season, the birds are found in the open ocean throughout the Southern Hemisphere.

Seemed to be locally abundant, found them in great numbers in certain patches (around South Georgia and South Sandwich Islands in particular). Harder to get photos of these than the wandering albatrosses as they zipped along so fast!