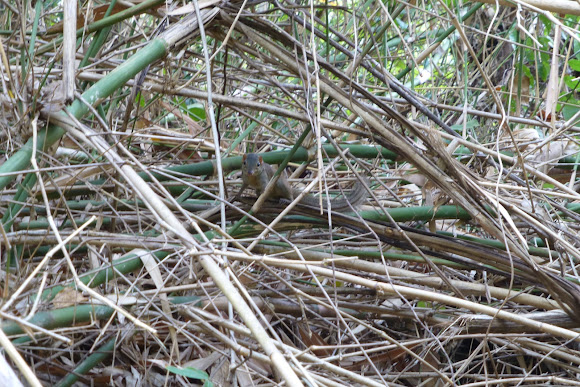 I was sat on the ground next to the bamboo thicket when this squirrel appeared through the undergrowth grunting and flashing it's tail. I was obviously in it's territory and it was NOT happy about it. We did a bit of 'eyeballing', I explained that I was waiting for some birds to appear, not after it's breakfast, which seemed to be the correct explanation, and so it left me to it.