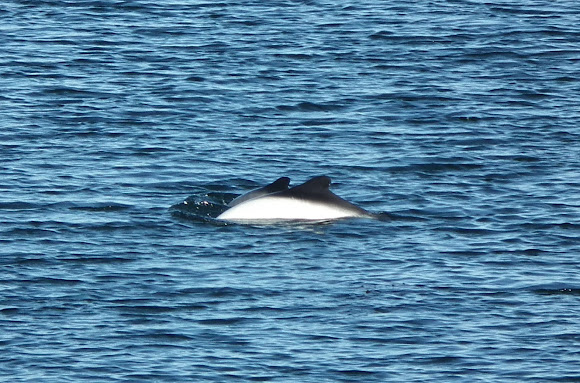 A rather small and porpoise-like dolphin, with very distinctive markings. The head, flippers, dorsal fin and flukes are all black, while the throat and rest of the body are white. This has lead to it being nicknamed the panda dolphin. They're quite active and often seen porpoising. Here, you can see a mother with a calf!

They are found around the southern tip of South America and around the Falkland Islands, and there is another separate population around Kerguelen Island. These two were found in Stanley Harbour.

We were on our way from the ship to go and find some penguins... we hadn't even walked for a minute when we found this mother and baby in the harbour! They only surfaced a few times.