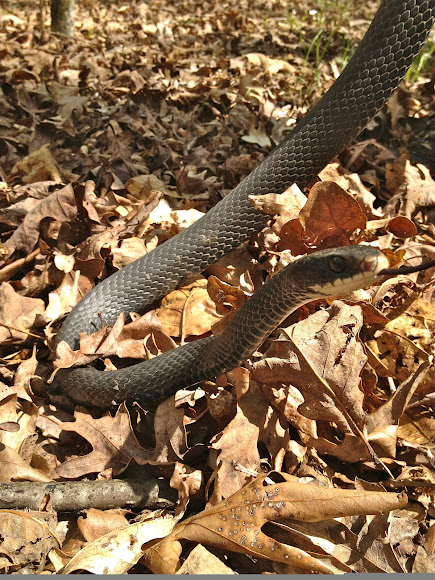 A beautiful male black racer. He was about four feet long. There's a reason why these snakes are called racers - it took me a while to run him down! A few of us finally surrounded him and I was able to grab him. A lot of people get racers and rat snakes confused. Here are two key differences to look for. Rat snakes have white between their scales, while racers do not. Racers have a ridge above the eye, giving them the appearance of an eyebrow, while rat snakes lack this ridge. Racers also generally have smooth, glossy looking scales, but that's something that's a bit harder to recognize unless you're familiar with both species. Both racers and rat snakes are harmless, nonvenomous species. They may bite, but it won't do any lasting damage.