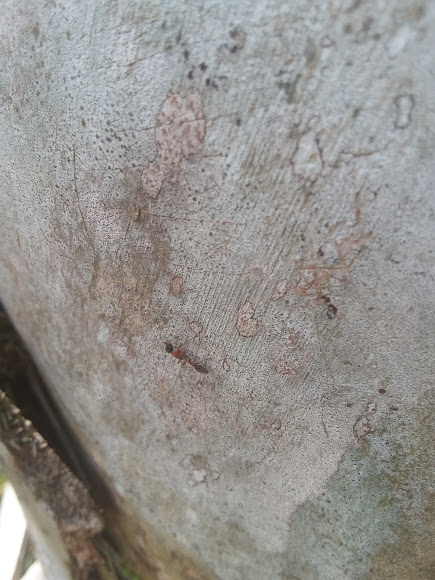 A female worker of P. gracilis on the trunk of a S. palmetto. P. gracilis is interested in that they don't dig their own nests. They inhabit the burrows of twigs dug out by other insects, mostly beetles. Very few ants inhabit a nest and they mostly function as solitary hunters which is interesting for ants species. This is not a very popular ant there. They're fairly aggressive and quick to sting and their sting is very painful and they can sting multiple times in seconds. Everyone I know describes them as wasp like ants, which is funny cause ants and wasps are both Hymenopterans, with ants evolving from early wasps and diversifying around the Early Cretaceous.

Native to Mexico. But are invasive in Florida and Hawaii and have naturalized in other parts of Central and South America.