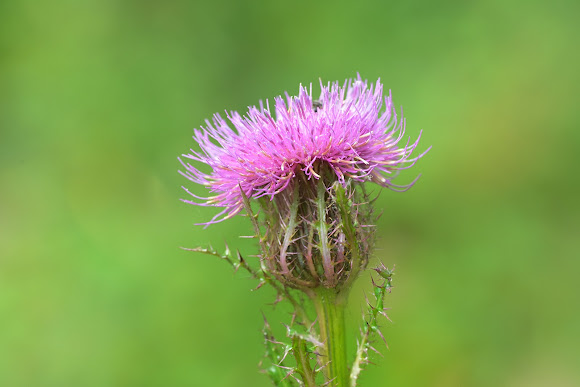 Milk thistle is a thistle of the genus Silybum, a flowering plant of the daisy family (Asteraceae). The plant is native to the Mediterranean regions of Europe,North Africa and the Middle East. The name "milk thistle" derives from a feature of the leaves, which are prominently banded with splashes of white. Historically, these milky bands were said to be Mother Mary's milk, and this is the origin of another common name, St. Mary's thistle. Many years of research show the active flavanoid-lignan (flavanolignan) group of constituents, called silymarin, contained only in the seed shell has liver-protective and regenerative properties, as well as antioxidant effects. The liver-protective effects were known and written about in ancient times, leading to the active chemical, pharmacological, and safety research beginning in Germany in the 1950s. Clinical use for a variety of liver ailments, such as hepatitis, has also prospered throughout many parts of the world.