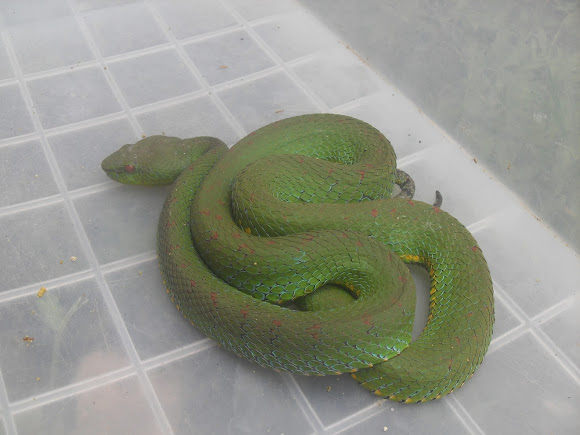 This species may be encountered in a wide variety of habitats, ranging from lowland disturbed sites to mid-elevation primary tropical moist forest. Animals have been recorded within both agroforesty and second growth forest habitats. Individuals can be found close to water hunting frogs and similar prey. Humid, this specimen loves hanging on tree branches

This species has been recorded from some protected areas. Further taxonomic work is needed to better understand the systematic status of the recognized subspecies and isolated populations. This especially applies to currently recognized subpopulations, that may be threatened at a global level (such as that of Luzon). Additional fieldwork is needed to determine the impact of collection or persecution on some subpopulations.

yes it is venomous, Common on Polillo. A local man bitten by this species killed the snake. The man sustained severe swelling (which lasted for over a month) and internal bleeding, was in hospital for a week, and left with severe scarring.

Is it venomous? Not exactly the kind of thing you want to find at 7 am in the house!! :)

And you can add your description following Wikipedia here: http://en.wikipedia.org/wiki/Trimeresuru...

Glenn, maybe you could add this to the Philippine Endemic Species Mission here: http://www.projectnoah.org/missions/8621...

This was in your house? Amazing!