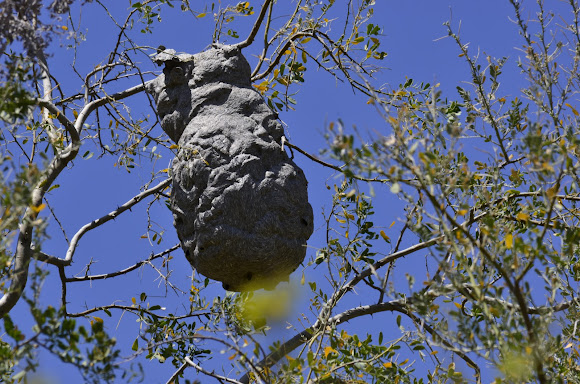 This hive was built from one day to the next up high in a Mezquite tree. The entrance holes are along the bottom part. I have seen no activity the times I have checked it but dont get to close either! Maybe wasps?

The first picture was taken on March 24 when the hive just had been built. The second shot was taken on July 7, 2013. Looks like it is falling apart. I never saw bees or wasps swarming around it. Maybe they made it then just immediately moved on?

Moved from "other" to Arthropods