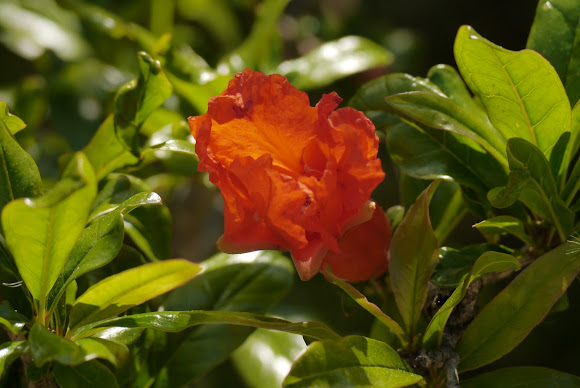 This striking red flower is the flower of the pomegranate tree which is often grown for its fruit which is used to make juices for fruit salads or even just for its seeds which it is full of. This one was just growing wild on some open scrublands.

seen in an open field/ scrubland in Moraira. spain.