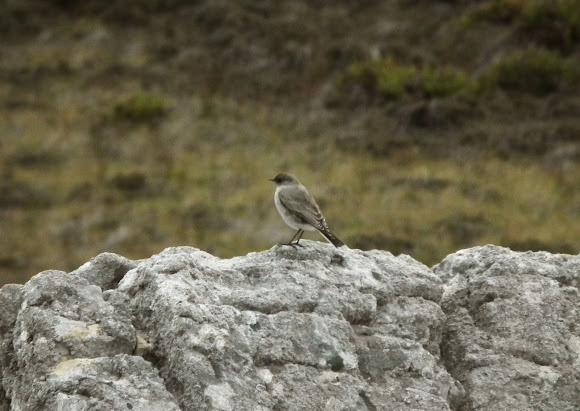 An insectivorous and medium-sized passerine, it's grey all over with a darker shade around the face. It is distinguished by its upright posture. Mainly hunts moths and other insects while flying, but it's common to see it picking for invertebrates on the coastline. Very common and widespread throughout the Falklands, the macloviana subspecies is restricted to just these islands and is larger and darker than the tyrants found on mainland South America.

Found mainly in open heath and grassland. This particular bird was spotted while walking along Wireless Ridge, outside of Stanley, Falkland Islands.

These guys were quite common, though still rather timid.