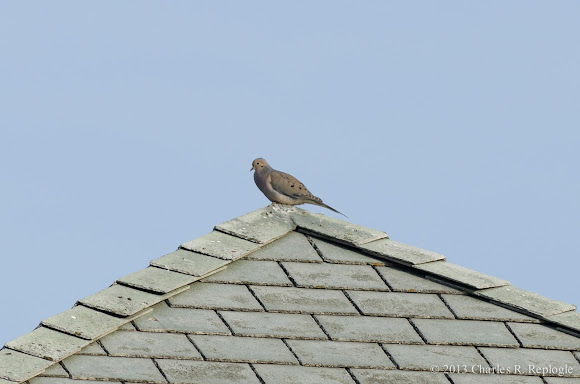 The Mourning Dove (Zenaida macroura) is a member of the dove family (Columbidae). The bird is also called the Turtle Dove or the American Mourning Dove or Rain Dove, and formerly was known as the Carolina Pigeon or Carolina Turtledove.[2] It is one of the most abundant and widespread of all North American birds.

The Mourning Dove occupies a wide variety of open and semi-open habitats, such as urban areas, farms, prairie, grassland, and lightly wooded areas. It avoids swamps and thick forest.[16] The species has adapted well to areas altered by humans. It commonly nests in trees in cities or near farmsteads.